Raised Free Range: The Inside Scoop From Outside the Box 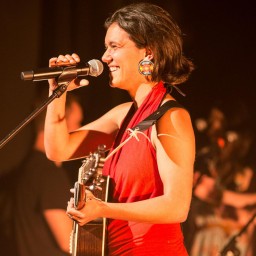 At this point in the story I am usually bombarded with questions. “How did you adapt? Were you homeschooled or unschooled and what’s the difference anyway? Weren’t you isolated learning at home?” As someone who has experienced both sides of the educational fence, I hope to shed some light on the reality of being raised free-range.

In my life as a self-employed artist I’m often called on to talk about my background. It never ceases to amaze me the amount of misinformation and stereotypes that exist around alternative education, not to mention the sheer disbelief I encounter from people:  “YOU were homeschooled? But…you’re so…functional!” “Ooooh boy. Here we go again” I sigh.

First off, let’s get our labels straight. Homeschooling is a form of education where, generally speaking, the learner is following some form of curriculum, often provided by the government or other governing body. Most of the time a homeschooler will have someone, usually a parent, who is responsible for giving lessons and evaluating their progress. The option also exists, at least in Quebec, of completing the same exams you would be taking in school.

Homeschooling is often still with religious groups but the reality is that more and more people of all creeds are opting out of the existing educational structures. Many people are choosing homeschooling simply because of the environment of violence and bullying that pervades many large public school these days. Others find that the student-teacher ratio and pressure of standardized tests detracts from the quality of learning. Reasons can vary quite a bit from family to family.

Un-schooling is a term coined by John Holt in the 1970’s and generally refers to a philosophy that rejects “compulsory institutional education”. This philosophical base distinguishes it from homeschooling, which is usually follows a mainstream framework (even religious homeschoolers would tend to approach schooling in the standard North American way). Many people who have received a mainstream education call themselves “unschoolers” when they choose to begin “unlearning” the worldview and values supported by said education system. As with most things there are exceptions and variations to the use of both terms, but that gives you a general idea.

For myself, I tend to say I had a self-directed education. “Wait…a 5 to 15 year-old directing their own education?
Don’t children need adults to direct them in order for them to learn?” In all honesty, no. Mentors, guides and intergenerational exchange are completely essential to the evolution of people of all ages. But, quite frankly, children can learn a lot without the constant surveillance of adults. We are born to learn. The only thing adults need to do with kids is to make sure nothing gets in the way of their curiosity and safety to explore the world and to provide resources when necessary.

As I said before, humans are natural learners. We all start out loving to learn. The current education system is not built around encouraging an individual person’s passion. It operates on the belief that all people need to learn the same things at the same in order to develop as functional members of society.

Self-directed learning relies on the fact that by learning about things we’re passionate about we develop other necessary skills by default. This was my experience and that of most other self-directed learners and unschoolers I’ve encountered. (For those interested in how this philosophy could work in a more formal school setting I suggest you read “Summerhill” by A.S. Neill.)

By seeing all subjects as separate from each other we limit our learning potential. Here’s an example of what I mean. A child fascinated by insects could easily learn reading, writing, arithmetic, biology and geography, to name only a few subjects, just from researching what interests her: bugs.

Tell her she can’t just obsess about bugs because she has to learn things in a more focused way, and you will most likely take the fun out of a few things. We all know that learning anything when we don’t want to is an uphill climb. However, people are willing to learn just about anything if it allows them to fulfill a personal goal or interest. If you want to do any research about insects, you’re at some point going to have to learn to read. You might need to learn some Latin or other languages. You will most likely discover things about various remote areas of the world. Ba da bing, ba da boom. Welcome to the tumbleweed of knowledge approach.

For myself, I discovered an early interest in world cultures, languages, history and human psychology. (Somehow these merged into a brief but intense obsession with Star Trek.) I discovered that music was an access point to all these interests. The first song I learned, at age 11, was Sinead O’Connor’s “The Potato Famine,” followed by The Neville Brothers “Sister Rosa.” It’s likely that in a grade 6 class I would not have gone about researching the Montgomery bus crisis or the Irish potato famine but in the context of self-directed learning I was free to follow my natural curiosity and delve deeper into both topics at will.

Ask me how I learned just about anything I know how to do and I won’t be able to give you one single answer. Everything being connected means exactly that. I learned countless things by extension of following my interests, and because I learned them in the context of my life, was never a chore. Ever subject was connected to every other one. Learning was part of every moment of every day. Learning was life. Simple and exciting as that.

My first shock in going from self-directed learning to formal education was realizing that the majority of my peers had completely no interest in learning. This was really confusing. How could anyone not want to learn. “Well,” said my peers, “try 13 years of having to memorize facts that don’t seem to have any connection to your everyday life”. Okay, I see your point.

I also remember the very moment in my life when I first understood boredom. It was in a grade 10 math class. The epiphany struck as I sat doodling while the teacher went over a trigonometry problem for the nth time. The lights started going off in my head. “Aha! This is boredom!” I flashed back to a childhood of excitedly asking my school-going friends what they had done all day. “Nothing…it was boring,” was the most common response. I didn’t feel like I really understood this whole boredom thing but I knew it wasn’t good.

I suppose I could be grateful to have not known boredom until my late teens and leave it at that. However, I can’t help feeling like the fact that slews of young people are coming out of the school system feeling completely uninspired  by at least 10 years of their lives…is a bit of a problem. 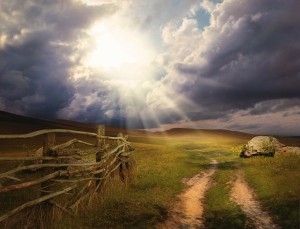 For each one their Way

I think it’s important to say that I don’t believe that any one form of alternative education is The Truth, the Way and The Light. The point is exactly that there is no one formula for learning. How could there be? We’re all unique individuals with different passions and different ways of processing information.

Standardized education may have certain benefits, but cultivating creativity, self-motivation, independent thinking and personal empowerment is not among them. Yes, this may have been some people’s experience. There are some absolutely amazing and dedicated teachers out there. But a look at the overarching system, from the perspective of someone who experienced other ways of learning at a young age, is not encouraging.

There are many challenges facing parents these days and questioning the education system is no small undertaking. The main crux of the matter as I see it though is that we need to reframe the way we see and approach learning and education. We need to take a new (or old, depending how you look at it…) perspective, one that recognizes the importance of integrated learning and passion and contextual relevance as primary motivators.  We need to accept that we might not always know what’s best. Sometimes we just need to throw the program out the window and go with the flow of natural  curiosity.

I, for one, dream of a world where we cherish, protect and encourage the natural love of learning of every child, every person, in whatever way necessary.